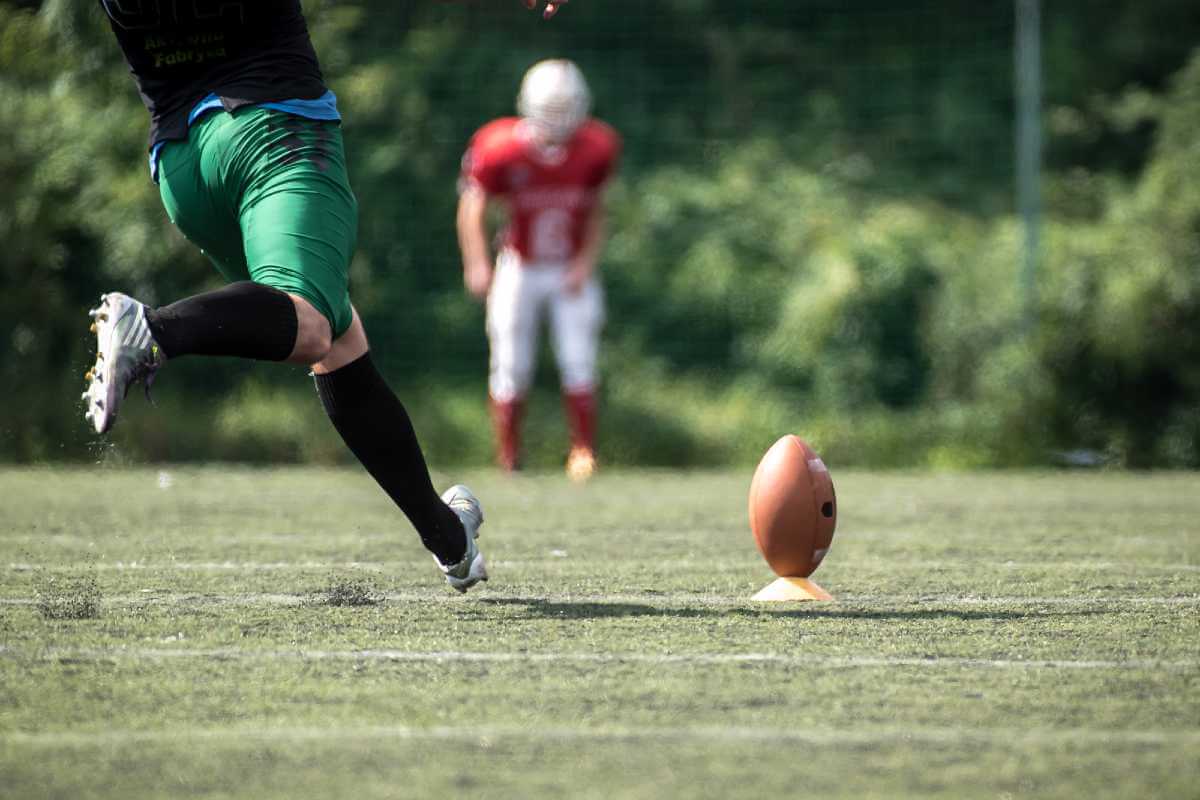 The onside kick is perhaps one of the most misunderstood plays. It’s often seen as a “Hail Mary” type of play. This kick gets used only in desperation when a team is behind late in the game. It can be highly effective, surprising your opponents and giving you an advantage.

So what is an onside kick in football? An onside kick is a play used to stun the opposing team and gain an advantage. It is a play where the kicking team hits and tries to recover the ball before the receiving team can.

Onside kicks are often used toward the end when a team needs to make a big play to catch up. However, they can also help teams catch their opponents off guard earlier in the game.

If you’re considering using an onside kick, ensure you know all the rules. Most importantly, make sure it’s the right play for the situation.

Now that you know a little more about onside kicks, you might wonder when and why they’re used. Keep reading to find out.

How Does an Onside Kick Work?

To successfully execute an onside kick, the kicking team must ensure a suitable line-up. The kicker then approaches the ball and kicks it, using a quick and decisive motion.

Why Does It Call an Onside Kick?

The term “onside kick” is used in American football to describe a play in which the kicking team tries to maintain the ball’s possession after kicking it toward the opposing team. Onside kicks are standard when the kicking team is trailing and needs to score quickly to catch up.

There are several reasons why this play is called an onside kick. First, the kicking team is trying to keep the ball in their possession.

How Does an Onside Kick Work?

If the opponents touch the ball before the ten-yard travel elapses, you can also recover the ball.

The onside kick is typically a late-game tactic. Often, the kicking team is behind and needs to score quickly. It can also surprise the opposing team and catch them off guard. When executed right, the onside kick can be a powerful weapon in the arsenal of any football team.

What is the NFL Onside Kick Rules?

An onside kick must abide by these NFL rules:

What is the College Onside Kick Rules?

Most onside kick rules applicable to the NFL also apply to college football. Any offensive team member on or behind the scrimmage line can recover a kick.

Onside kick rules were a bit different during the early 20th century. The kicker could not recover the ball once it touched the ground outside the neutral zone.

The rules changed to impose a 20-yard minimum travel. However, the ability to recover one’s kick was later removed.

What Are the Penalties for Onside Kick?

The receiving team gets a penalty if the kicking team commits a violation while attempting an onside kick. The most common infraction is illegal touching. Here, a kicking team member touches the ball before it moves ten yards.

There are other instances when the kicking team can commit an infraction while attempting an onside kick. One example is if the kicking team lines up more than one yard from the kickoff location.

Another example is if the kicking team does not have enough players on each side of the kicker.

The kicking team gets penalized should they block defenders from securing the ball before traveling ten yards. Also, if the kicking team runs to recover before the kick, it attracts a penalty.

These violations result in a five-yard loss from the kick’s location for the kicking team. The receiving team then takes over possession at the kick spot.

Kicking the ball beyond bounds attracts penalization too. The onside kick becomes null. The receiving team gains possession at the spot the ball went out of bounds. The five-yard penalty for the kicking team also applies.

What Is the Difference Between an Onside Kick & Kick Off?

An onside kick is often a savior when the kicking team is trailing in the game and needs to regain possession of the ball. The kicker usually tries to kick the ball short. It bounces off the ground and goes toward the kicking team’s players.

The kicking team then must race and try to recover the ball before the other team does.

Meanwhile, a kickoff kicker tries to kick the ball as far as possible. Hence, the receiving team must run a long way to get to it. The receiving team then tries to advance the ball up the field. They can do this by running with it or passing it to other players.

What Are the Strategies in Onside Kick?

The most popular strategy for an onside kick is to kick the ball short. Direct it to the side of the field with fewer opposing players. Keep the ball close to the ground, so it bounces and goes in the direction you want.

The onside kick formation is a less common but more reliable strategy. It does not rely on the element of surprise. In this strategy, the kicking team lines up in a crowded formation. This strategy gives them the best chance of recovering the ball. However, the opposing team knows of the coming onside kick.

The onside kick formation is a more conservative approach, where the kicker directs the ball to topspin to the side. The ball’s oval shape impacts the topspin movement. This build means it may bounce off in an unexpected direction creating chaos.

What Is “Fumbled Out of Bounds?”

A fumble is a live ball that a player drops. It can happen due to:

Either team can recover a fumble, often the turning point in a game.

The ball is out of bounds if it touches the ground or any object beyond the sideline or end line. The ball can also move out of bounds by touching a player beyond these boundaries.

A fumble out of bounds occurs when:

If the ball moves past the bounds, the other team earns possession at the spot where it went out of bounds.

Fumbling out of bounds at your end zone results in:

It is not illegal to attempt an onside kick. However, it is illegal to recover the ball if the kicking team is the first to touch it, yet it failed to travel ten yards. If the opposing team touches the ball first, it is a live ball and can get recovered by either team.

Also, the rulebook states that onside kicks are legal should the ball stay within the playing areas. If it strays out of bounds, possession goes to the other team.

Is an Onside Kick a Fumble?

Onside kicks result in live balls, not under any team’s possession. Either side can recover the ball, or it can go beyond the sidelines or end zones. Hence, you can consider an onside kick to be a fumble.

When Can You Recover an Onside Kick?

You can recover an onside kick if it does not violate the rules. The kicking team must have at least five players on each side of the kicker.

If successful, an onside kick can be an effective way to keep the momentum of a game going. This kick can also help you turn the tide if your team is behind.

However, onside kicks are also high risk. There is a good chance that the other team will recover the ball and gain a good field position. During the 2020-21 season, only three out of 71 onside kicks (4%) were triumphant. Hence, weighing the risks and benefits before attempting an onside kick is important.

In short, onside kicks demand excellent recovery skills. So, check out our ball-catching guide. This comprehensive walk-through goes a long way in helping you improve your catching skills. In turn, you may increase your onside kick success rate. 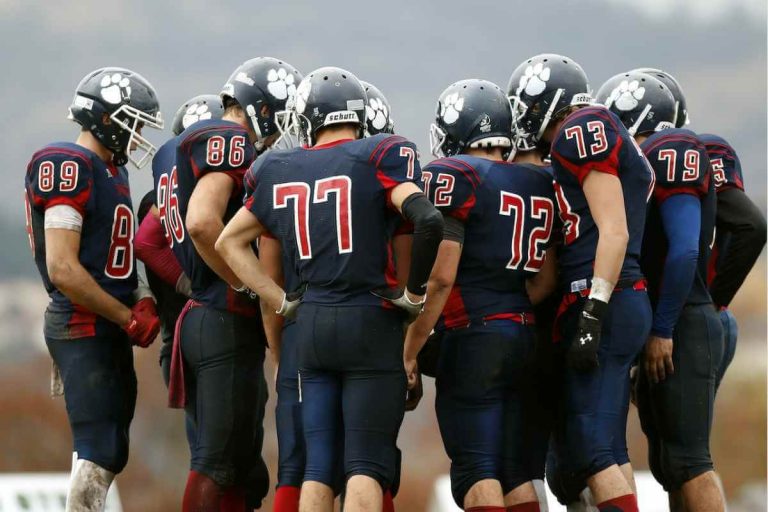 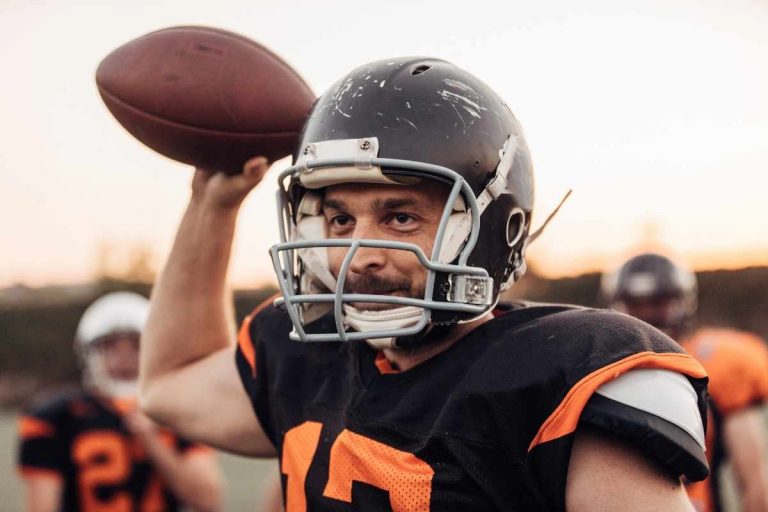 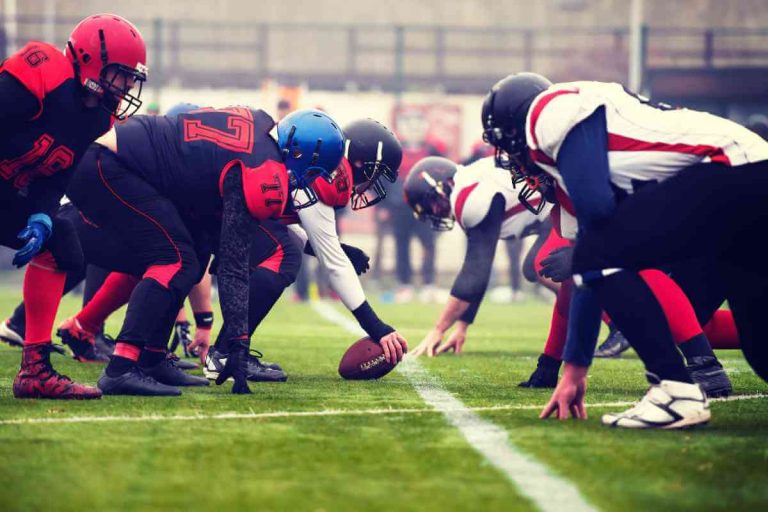 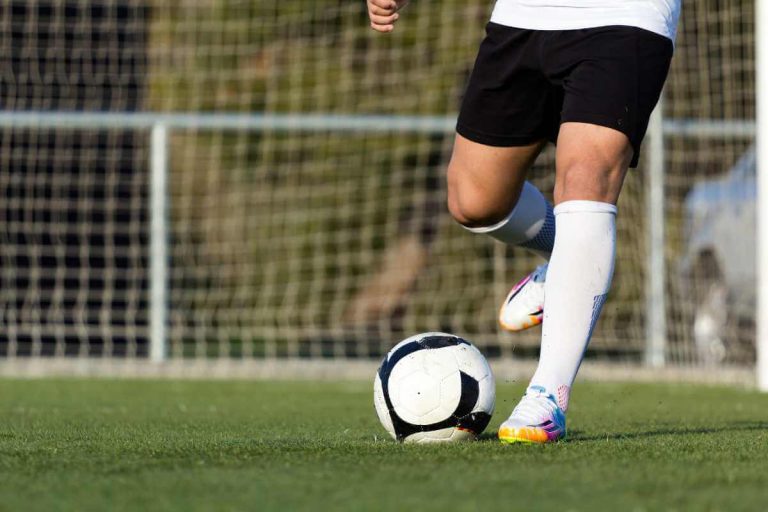