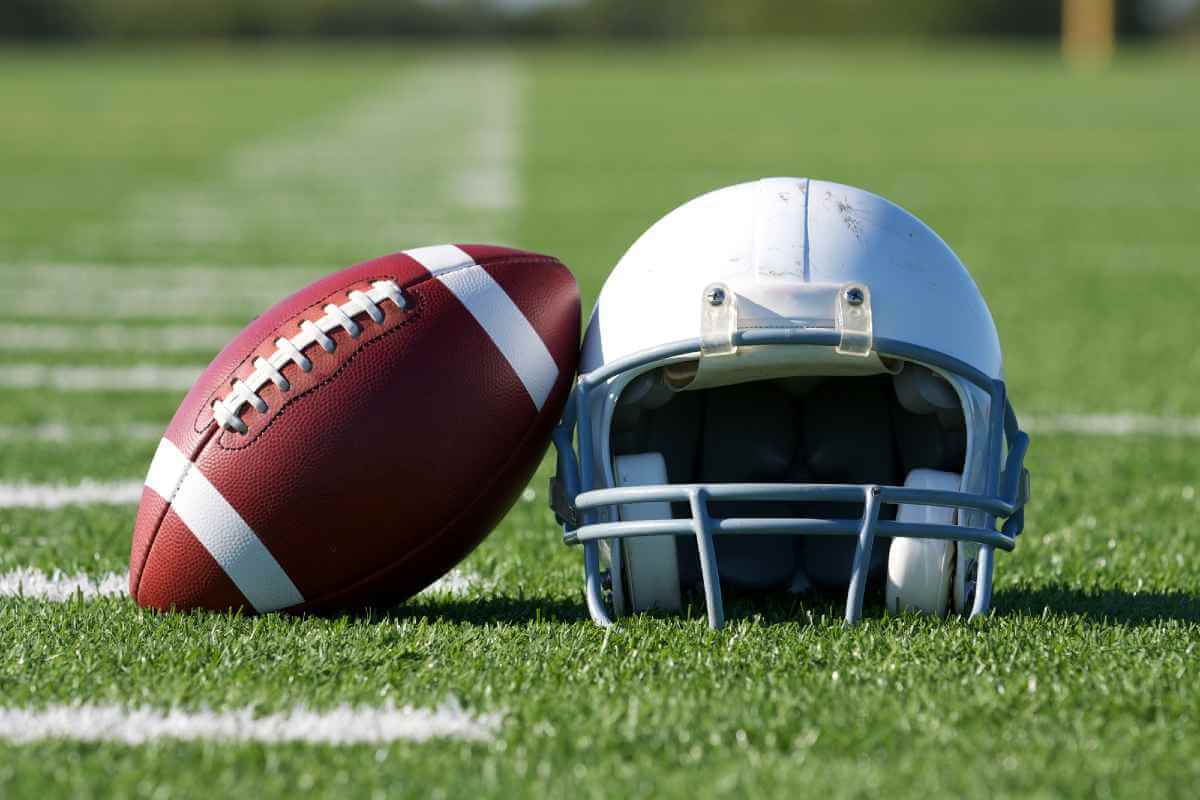 Micah Parson ran an unofficial 40-yard dash in 4.39 seconds during the 2021 Penn State Pro Day. It is an impressive time, especially when you consider his size. Micah is six feet and three inches tall and weighs under 250 pounds.

Players have to attend the NFL and compete while performing the drill to have official times. But the drill was canceled in 2021 due to the corona pandemic.

The NFL 40 times are official due to the manner they conduct their drills. They are more accurate, combining lasers to find accurate times.

Who is Micah Parsons

Micah was one of the best and most dynamic linebackers known. Parsons is a Dallas Cowboy with two years of professional football experience.

Micah Parsons is 23 years old. He was born in May 1999 and now plays for the NFL Dallas Cowboy.

He stands tall at 6 feet and three inches. This is the equivalent of 1.9 meters tall.

He plays as a linebacker and did put a record-breaking appearance in the same position playing for the NFL. However, can also play other defensive positions, having covered for defensive players with injuries.

Micah Parson was born in Harrisburg. He spent his freshman and sophomore years at Central Dauphin High School. However, he would later transfer to Harrisburg High School, where he played as a running back and defensive end.

He played his football at Penn State College, where he was named the Butkus–Fitzgerald Linebacker of the Year. As a sophomore in 2019, Micah also won the Cotton Bowl Defensive MVP.

When Did Micah Parsons Get Drafted?

Parson got drafted in 2021 as the number 12 best overall in the NFL draft. He remains the highest drafted player from Penn State since 2018 when Saquon Barkley went 2nd overall.

Parsons got the selection from the Dallas Cowboy as the number 12 overall 2021 NFL draft pick.

What NFL Team Does Micah Parsons Play For?

What Are Micah Parson’s Strengths

A great deal of speed/burst at elite ranges.

At the college level, Micah Parsons was incredibly fast. The big question was whether he would carry that speed to the NFL.

He did exactly that in the NFL, becoming one of the fastest linebackers. He stood out as the fastest defensive player of his size. The high speeds made him do things other linebackers would not do.

He also has the ability to bend and move from a quarterback turning into an edge rusher. Micah became very accurate playing in the NFL, making the switch to be an edge defender quite early.

With the Dallas Cowboys facing some injury crisis, Parsons made the switch and started playing as a defensive end.

He made great accomplishments getting 13 sacks a season for a rookie, which was quite impressive.

He also has a good size body for a linebacker which is a big strength for him. His body fits the size of a modern linebacker, something that was noted during his scouting.

Micah is a down-linebacker and can play every down in the NFL. When blitzing and running after passers, Micah is very good at it. He stands out as a leader in the defense with good instincts.

Here are some listed strengths

What are Micah Parsons’ Weaknesses

However, this does not mean he didn’t have any weaknesses. First, he would often run himself out of position by making early charges that were not necessary.

While great speed is good, sometimes it can be a disadvantage. He would often drift out of position. Taking the position of a passing runner, Parsons would try to move outside of the tackle. This would see him make early charges and get himself out of position.

He would even get further upfield when a tackle was able to push him. In the end, he would get past the quarterback and out of position.

Parson also had a weakness in finding and tackling solo tackles. This was a common problem in college, where he struggled to take down players alone. At the end of his first rookie season, he accumulated 13 sacks and 64 solo tackles.

Here is a list of some of his weaknesses

A look at the 2022 NFL stats, Micah Parsons, had accumulated 84 tackles and 13 sacks. He had zero interceptions and three fumbles. He also has zero forced fumbles, tackles, and sacks, making him one of the best linebackers.

Is Micah Parsons the Fastest Man in the NFL?

Micah Parsons is considered the fastest linebacker in the NFL by most people. Despite the unofficial 40-yard rush of 4.39 seconds, Micah considers Hill faster than him.

What is Micah Parson’s Net Worth

Micah Parsons is rich, with a networth around 4 million dollars. He remains one of the highest-paid linebackers in the NFL. Micah signed a four-year contract with the Dallas Cowboys.

Why Does Micah Parsons Wear Number 11?

Micah Parsons wears the number 11 because it was his college number from Penn State. The number 11 became a possibility after a rule change that gave offensive and defensive players a chance to wear expanded numbers.

How Many Pressures Does Micah Parsons Have?

Micah Parsons has had 45 pressures throughout his playing career. He also has 29 quarterback hits stats that rank him among the top three best defensive players.

He remains a top defensive player in football a few games after getting into the limelight.

No, Micah Parsons is the fastest man in the league beating several players, among them Tyreek Hill. He has recorded an impressive 40-yard dash in a mere 4.39 seconds. But, he has been heard calling Tyreek Hill faster than him.

But despite the reference, Micah Parsons remains the fastest player in the NFL.

Well, that wraps everything you need to know about Micah Parsons 40-time. Having run an unofficial 40-yard rush in 4.39 seconds, Micah Parsons remains the fastest player in the NFL.

He has previously called Tyreek Hill faster than him, but he remains the fastest man in the NFL. Playing for the Dallas Cowboys, Micah boasts impressive records and remains one of the best linebackers in the league.

His record of a 40-yard dash in the Penn State Pro leads to what we now know as the Micah Parsons time. Standing 6 feet and 3 inches tall, he has grown through the ranks from high school and college to the NFL. 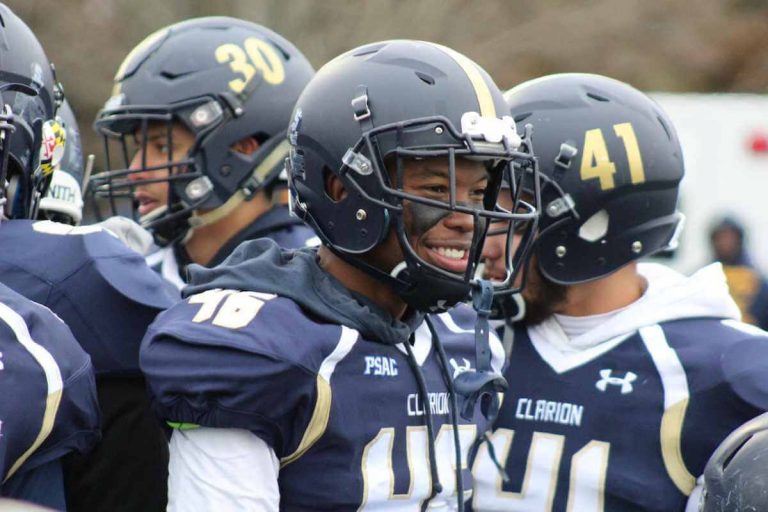 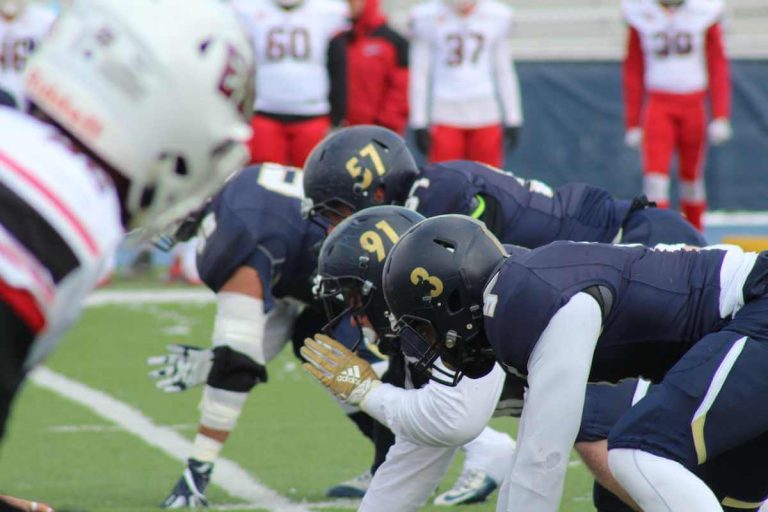 Learn all about football gap numbers and holes. Determine what they are and why they’re essential to the… 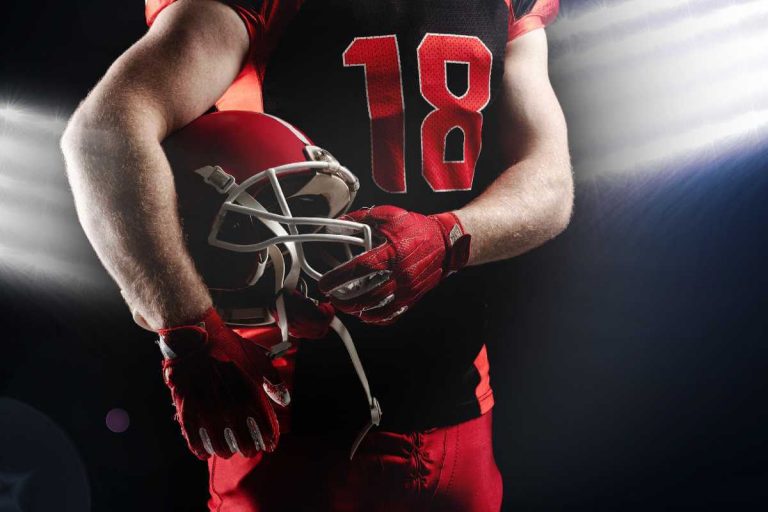 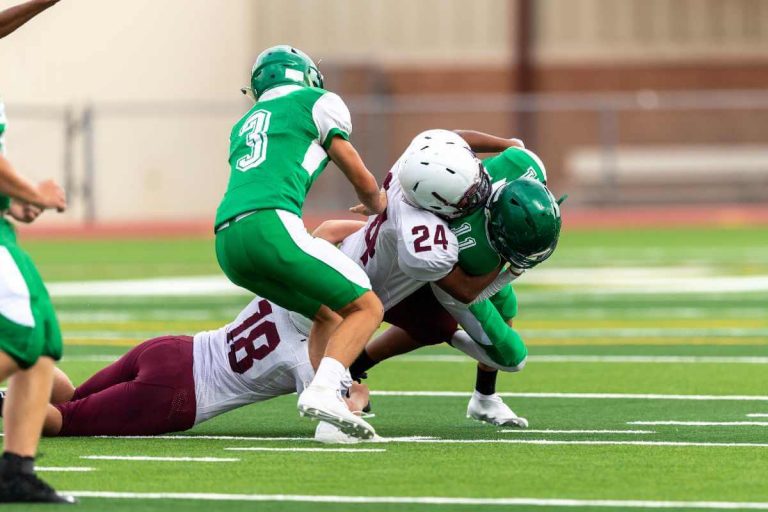 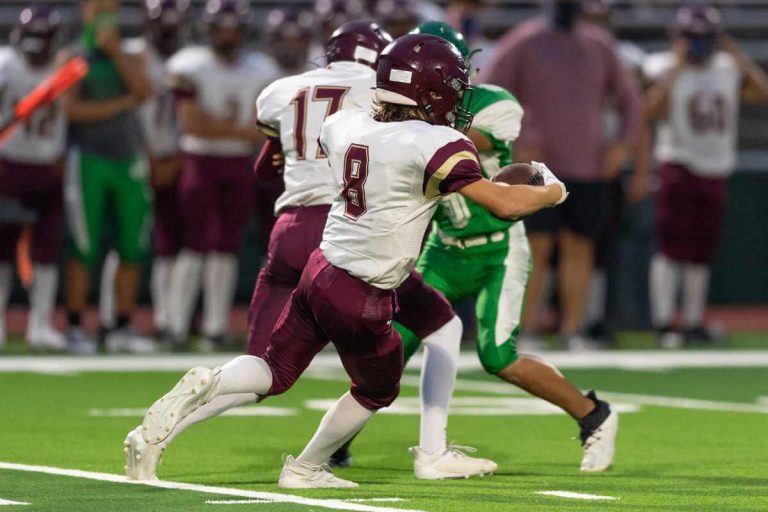 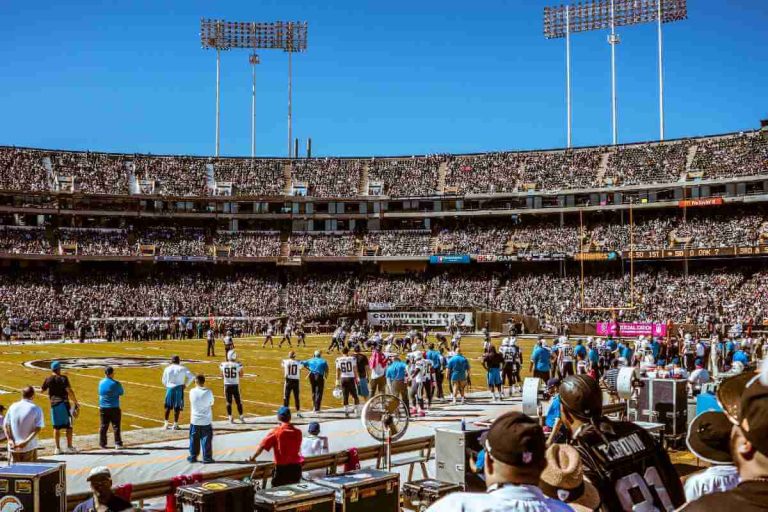