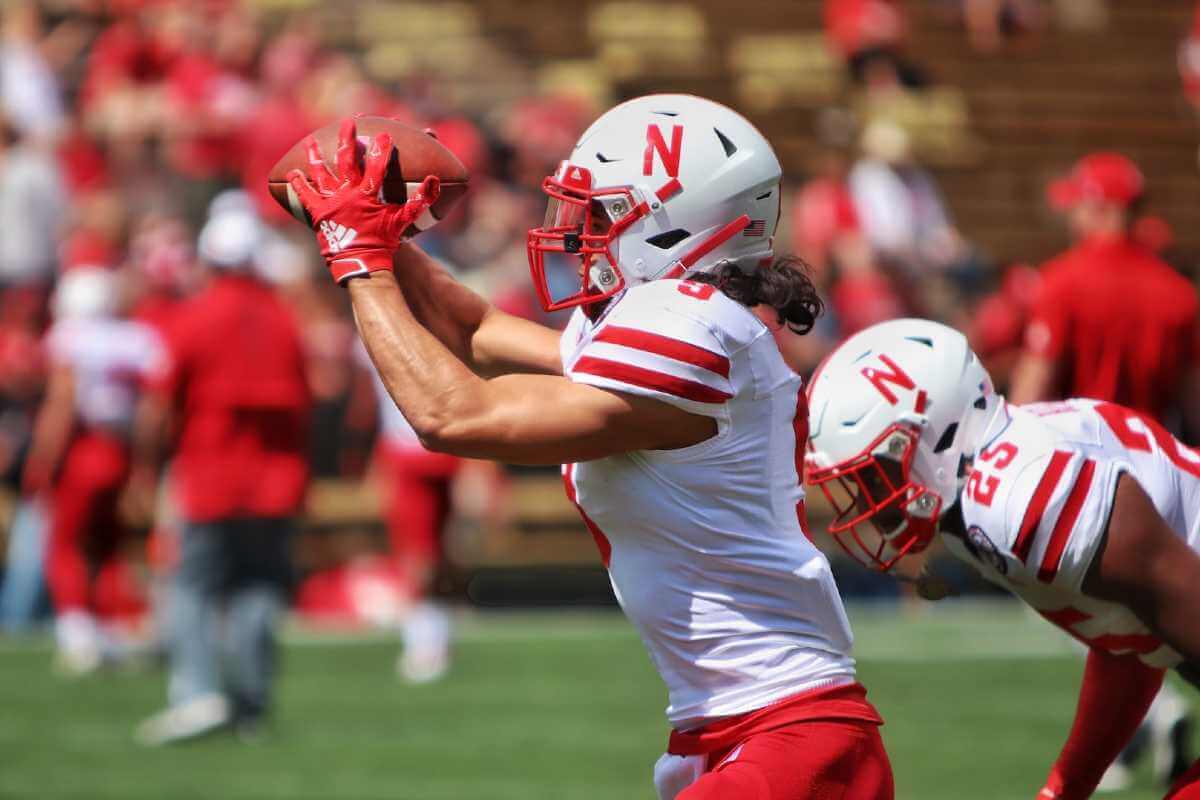 The H-back position in football is sometimes called the Fullback position. It’s a position on the offensive side considered a hybrid of a fullback and tight end.

The H back in football was a position that was quite popular in the 1980s. However, the position is becoming resurgent in recent years. An H back in football lines, just like a tight end on the outside, counting as one of the four backs in the offensive formation.

While H back has a similar name to a halfback, the two aren’t the same and shouldn’t be confused. It’s a position that was introduced by Joe Gibbs in the 1980s while coaching the Washington Redskins.

In football, an H-back’s main responsibility is to block. But he can also catch and carry passes. H-backs have mixed skillsets of fullbacks and tight ends. It’s a position in the offense that keeps the defenses guessing.

Looking to learn more about the H-back position in football? Keep reading below.

What Does H Back Do In Football

An H-back in football can be a receiver or a blocker. I’ll cover more on the same later in the article. It’s a resurgent position in football, and you might wonder why teams need H-backs.

The position has a whole new meaning than what it was intended for when created. In spread formations, teams seek more athletic and versatile players. This is a player that does more than the old-school tight end.

This is what an H-back does in football. An H-back can place his hand on the line and create a block zone. He can also line up the backfield and catch a pass from a quarterback.

In coverage, an H-back can flex to the outside and beat a linebacker. An H-back is a player that brings versatility to a team and reduces substitution in a game.

In the NFL, pro-styled teams like Stanford have found ways to use an H back more than just a blocker. The Cardinals have full-sized and legit tight ends that play the H-back position.

Simply put, an H-back in football can be a blocker, a receiver, or even a ball carrier.

Where an H-Back Position Lines up

An H-back position lines up to the outside of the offensive linemen in a similar manner as a tight end. The purpose of the formation is to have the H back as an additional tight end in the field.

But unlike tight ends, an H back lines up a few steps from the scrimmage line. He becomes one of the four backfield players.

Generally, an H back needs to be more athletic than typical tight ends. This is important as they move a lot in the backfield after the snap.

Additionally, an H back needs to be stronger and big. After all, they’re the lead blockers on the team.

Coaches can also have the H back line up wide and then move toward the middle as play starts.

An H-back in an ending alignment is usually between a running back and a quarterback. Such a formation usually sets up the power I-formation. He lines diagonal to the running back in most plays. He also remains close to the last offensive linemen on one side of the field.

Most offenses with an H back will always have the H back in motion before a snap. This is a great way to keep the defense guessing.

H-Back as a Blocker

On a number of plays, an H-back will serve as the lead blocker for the team in the backfield. They usually don’t line up in the middle. As a lead blocker, an H-back tends to serve more as a fullback.

Teams won’t necessarily pass the ball toward the H back. This can tip the defense on the play.

The H back lines on the outside on running plays. He will then curl inside, serving as the lead blocker for gaps A and B. He can also stay outside, depending on how the play goes.

He will usually pick up the first defender at the line of scrimmage that comes to his route.

But an H-back needs to be quick and read the defenders fast. This is important since he’s not assigned a specific defender to block. He needs to react fast and see the defender coming his way.

The main responsibility as a blocker is to prevent defenders from getting past him. He also tackles the running back on his way.

On running passing routes, an H back can play as a receiver catching passes. They line up deep in the backfield, keeping them hidden from defenders. When catching passes, they act more as tight ends.

Smart coaches will play pass plays since the H-backs are always hidden in the backfield. By staying hidden, H-backs have a slight advantage when they begin a route run.

Unlike wide receivers, H backs run pretty short routes. Some of the routes they run are slants, flats, and the ins and outs.

In a passing game, coaches can get very creative with H backs. They can have them run through the middle and pass interior gaps before taking an outside route.

It’s the complete opposite of tight ends. Tight ends run routes from the outside, starting from the line of scrimmage.

An H back as a receiver needs to catch the ball and run crisp routes. Therefore, you need a sure-handed H back. He needs to make a solid catch and tightly hang onto the ball.

In a game of football, it’s better to gain a few yards than fumble the ball trying to gain bigger yards.

How Do You Play H Back

Looking to play an H back in your team? You might be surprised that you’re already playing the position without knowing.

To play an H back in your team, you need a player that can line up as a tight end and play in the backfield. This versatile player is a hybrid between a tight end and a fullback.

Let the defensive coordinator make the call on the personnel groups and a player’s whole lines backfield as an H-back and as a receiver on the inside.

Next, you need the defense defending the H back as a receiver and a blocker. He has the freedom to block from the inside or outside. H back can play as a sniffer back or wing.

Lastly, you need to know how to communicate with your H back. Over-communication can lead to the defense reading the motions and knowing your play.

An H-Back in Football FAQs

Is an H-back a fullback?

An H-back isn’t a fullback, although he can play as one. This is a hybrid position in the offense that combines the fullback and tight end attributes.

The position lines as a tight end but is set back from the line of scrimmage.

Why Is It Called H Back?

It’s called an H back because the position alignment retains the H symbol on the play diagrams. It also plays behind a quarterback hence the back.

Who Created H Back Football NFL

The H-back position in the NFL was created by Joe Gibbs as a direct response to Lawrence Taylor. Taylor was a dominant linebacker in the New York Giants, to whom they lost all ball games.

In summary, an H back is a position that’s slowly coming back into the game, and for good reasons. An H-back is a versatile position and one that teams are utilizing to keep offenses guessing. In a football game, an H-back gives the offense options to deploy multiple tactics. 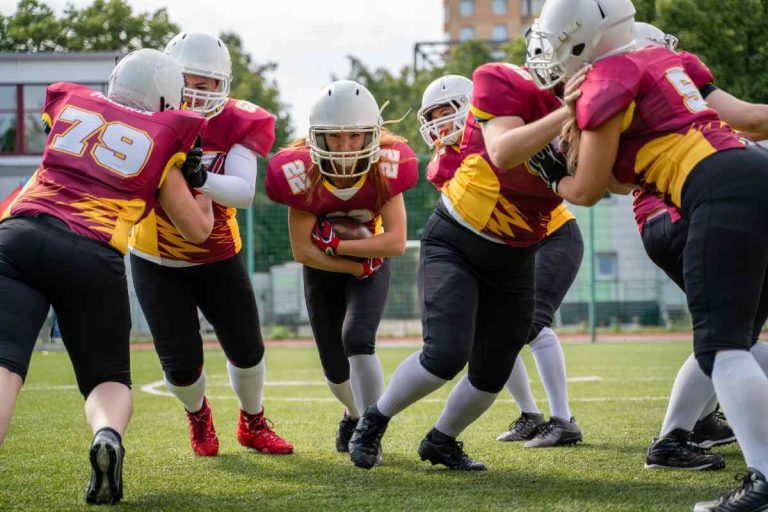 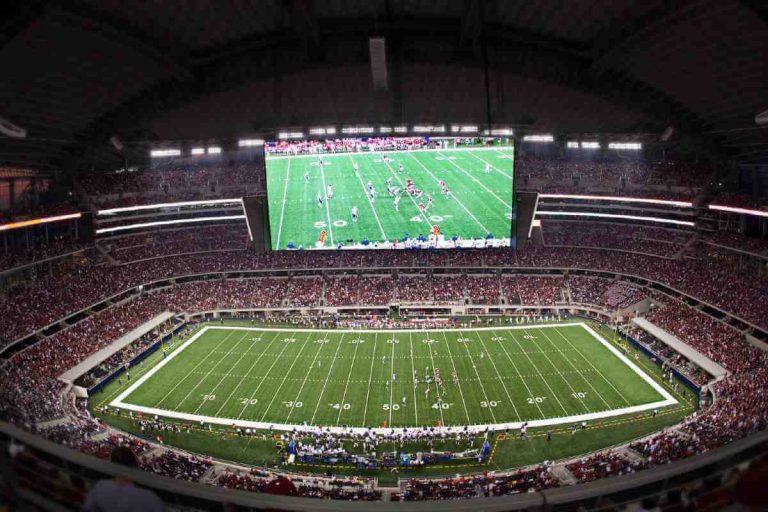 Is your favorite team playing the Philadelphia Eagles this season? If so, you’ll want to know about DeVonta… 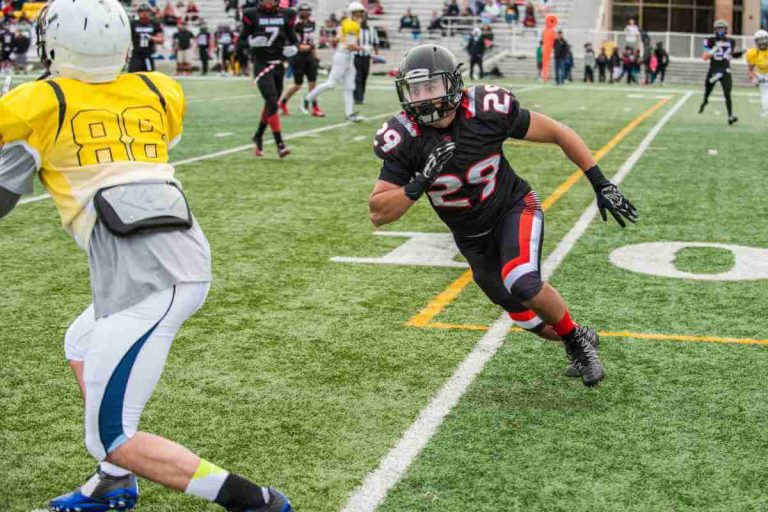 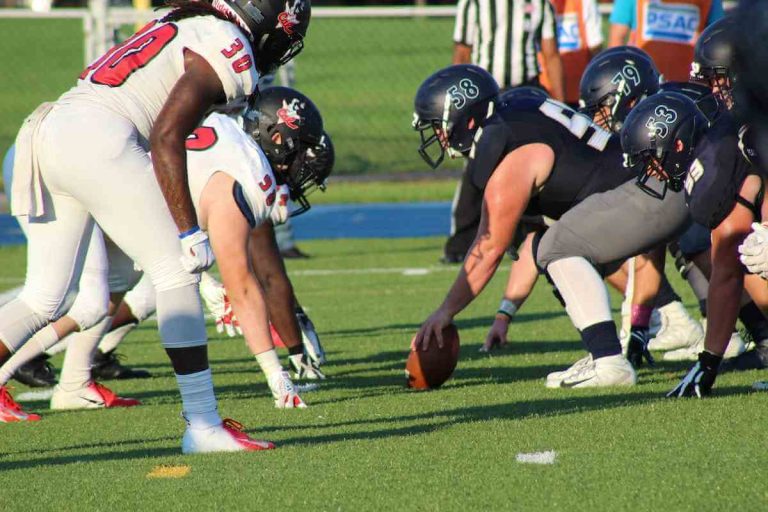 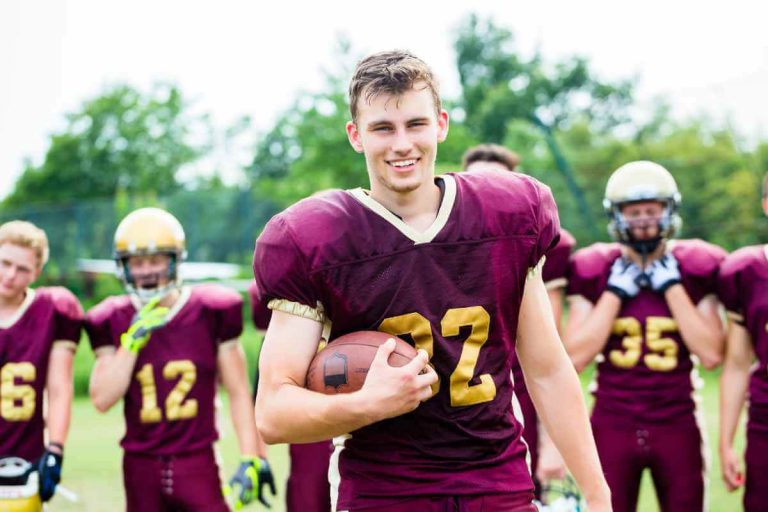