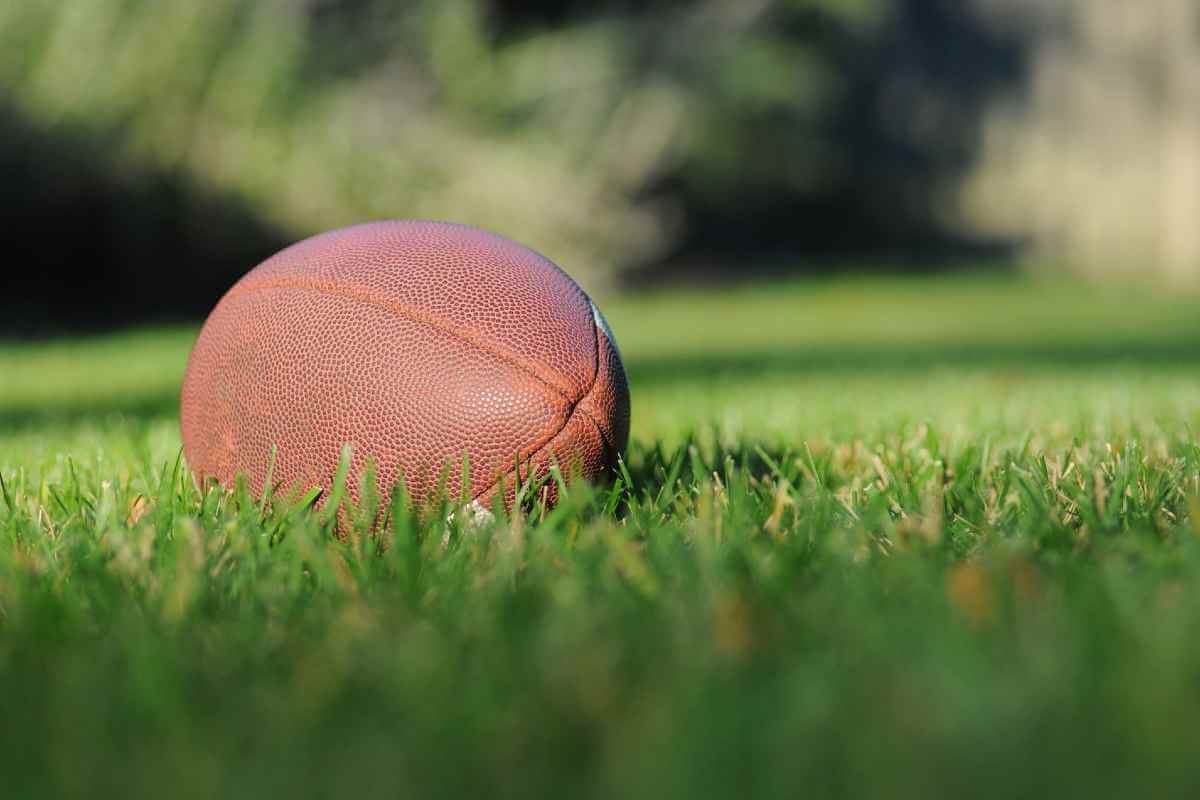 Football is my favorite dish. Whether indulged with friends, family, or teammates, it’s always a good time.

And, like any good dish, you can enjoy it in many ways. That said, 7 on 7 football is one of my favorite variations. Thanks to the smaller field size, it provides a perfect chance to give opponents a thorough whooping.

This guide covers everything you need to know about how to play 7-on-7 football, from the rules to scoring, penalties, field dimensions, timing, and more.

So, let’s get started.

You may already know what this entails based on the name. However, 7-on-7 football involves more than just the number of players.

It’s a modified version of football that features two teams, seven players each, on a smaller field. The game usually has no linemen and pads. It focuses on passing and catching rather than running the ball.

Th variation often involves two 20-minute halves. Each team gets up to two timeouts, one during regular time and one during overtime.

Because of fewer players, 7 on 7 football can be a more wide-open and high-scoring game than traditional football.

Not only does 7-on-7 football provide a safer playing avenue, but it also allows you to perfect your skills and keep fit. If you’re still debating whether 7-on-7 football is right for you, these five reasons provide the perfect incentive.

If you want to be a quarterback, this is a great way to get many reps in without worrying about the running game. You’ll have to learn to make quick decisions and deliver the ball accurately.

This variation involves many repetitions, which are great for developing timing and rhythm with your receivers. It’s also a great way to get used to the game’s speed and prepare you for games.

With blocking and tackling removed, the chances of getting injured are significantly lower. These eliminations make 7-on-7 football a safer option for those looking to play football but hesitate due to the risk of injuries.

The game is a fantastic way to improve your fitness. Because it’s a high-intensity workout, you’ll burn many calories and increase your heart rate. The speedy matches help you keep your body in shape.

College and professional scouts don’t typically attend 7-on-7 football matches. Still, some decide to host all-star events with 15-20 players, which college recruiters like to attend.

Besides, current technology provides excellent opportunities for anyone with a connection to watch highlights.

The variation offers a great way to market yourself if you want to play at the next level.

How Does 7 on 7 Football Work?

7-on-7 football is a non-tackling, passing game that uses a smaller field than traditional football. Players can’t wear most protective gear. Still, the rules, penalties, and scoring systems are more in-depth than this.

Here’s everything on how to play 7 on 7 football.

How long are 7 on 7 football games? Matches use a running clock and last 40 minutes for regular timing, split equally with a five-minute halftime.

Unlike typical football games, players can’t block or tackle and get penalized should they do so. Since these leading injury-predisposing factors are out of the way, padding and helmets are unacceptable.

Players only wear general gear like pants, shorts, and t-shirts, identifying them to their respective teams and numbers. Individuals may also wear headgear as there’s a chance for contact.

The game can either be flag football or involve touching. For flag football, players wear a belt that has three flags. When an opponent rips any of these flags or the belt, that’s a tackle.

On the other hand, touch football involves touching the ball carrier below the neck to make a tackle. Since no shoving and violent moves are present, the games are more free-flowing.

Defenses can’t rush the quarterback. You may assume that that offers them an unfair advantage. However, they only have up to four seconds to pass, after which they get penalized.

Delayed passing is considered dead, which gets treated similarly to a sack. The play commences from the position the quarterback stood when the offense occurred. The action also attracts the loss of a down.

The quarterback cannot scramble beyond the scrimmage line. He can’t rush with the football and must pass on all plays.

Besides, players that snap the football can’t go out for passes.

The offensive 7 on 7 football positions encompass five receivers and a quarterback that acts as the center.

The quarterback can’t go out for passes. Also, 7-on-7 football eliminates the offensive line positions except for the center.

Defensive positions can align as they want to on the field. Some may have five players in man-to-man coverage with the remaining safeties in zone coverage. Another widespread coverage is straight zone coverage.

A 7-on-7 football field features a 10-yard line and a 25-yard line. The offense begins possession from the 40-yard line without a kickoff. Offensive teams must make pass plays for the 40 yards to score.

The offense gets three downs at the start of each possession. They record their first down for successfully passing the 25-yard line. They earn the second once they pass the 10-yard line. However, some leagues only award one down for crossing both lines.

The scoring mechanism in 7-on-7 football is similar to regular football, though with a few caveats.

Crossing the opponent’s end zone means your team gains six points. However, there’s no kicking for the extra point. Rather, the offense lines on the 10-yard line and attempts crossing the goal line for the point.

Defenses often earn two points for pass interception, though some award three points. Hence, a good defense is as crucial as the offense in 7-on-7 football. The defense also tries to get possession and make a six-points score attempt.

Most of the penalties here are for defensive holding and pass interference, though similar offensive infractions exist. Referees may occasionally declare unsportsmanlike conduct or personal fouls.

Penalties result in losing a down or attracting an automatic first down. Every penalty also causes a five-yard gain or loss, depending on which team made a mistake.

What Distinguishes 7-On-7 Football From Tackle Football?

The lack of pads distinguishes 7-on -7 football from tackle football. The same is so because 7-on-7 football lacks tackling. There also are no linemen.

In 7-on-7 football, a player gets downed after getting touched under the neck. For flag football, this occurs when an opponent rips your belt or a flag.

Also, 7-on-7 football involves only seven players per side, while a regular match involves 11 per team.

Where Did Non-Tackle Football Originate?

Non-tackle football originated during WWII in US military bases. It provided troops with a superb opportunity to unwind during their downtime and release their pent-up aggression.

The game quickly caught on, and within a few years came flag football. Shortly after, the game changed to eliminate flags and non-tackle football leagues started popping up all over the country.

What Should You Wear to a 7-On-7 Football Game?

You should wear headgear and the basics like shorts, a t-shirt, and shoes to a 7-on-7 football game. With the game involving no tackling, pads are unacceptable during the match.

Home teams tend to have darker colors than visitors. For instance, you may find yellow and black football teams to be hosts. On the other hand, football teams in blue and white or other brighter colors are typically away teams.

There are three key things to remember when playing 7-on-7 football:

7-on-7 football is a great way to improve your passing game. If you are a quarterback, it’ll help you learn to read defenses and make quick decisions. If you are a receiver, the game helps you improve your route running and catch the ball in traffic.

7-on-7 football is also a great way to improve your conditioning and stamina.

The fast-paced variation gives you an excellent, secure chance to hone your skills and hopefully make it to a big stage. Speaking of which, check out the top NFL stadiums. They may just be the motivation you need to be the next big thing. 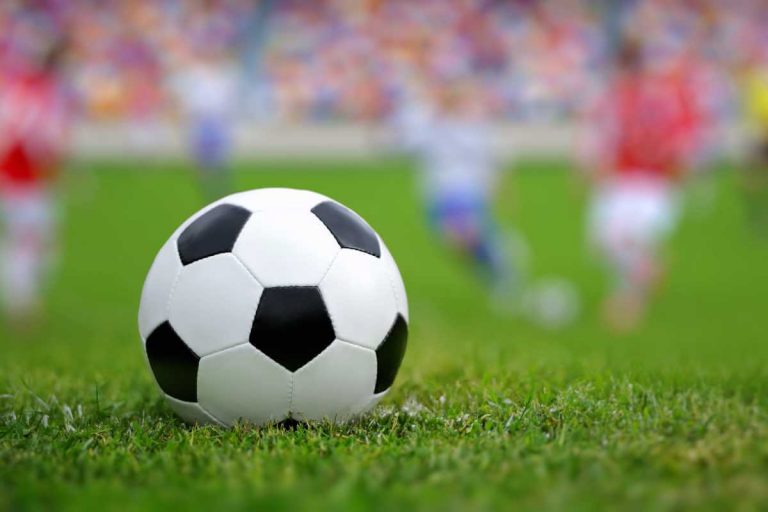 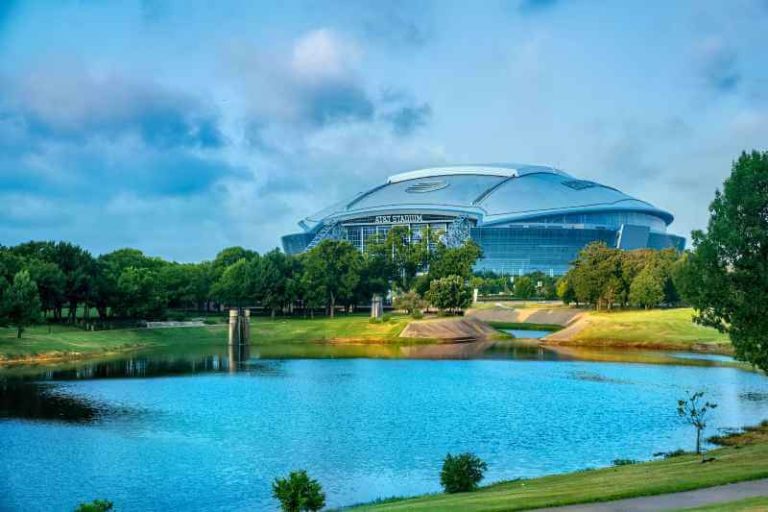 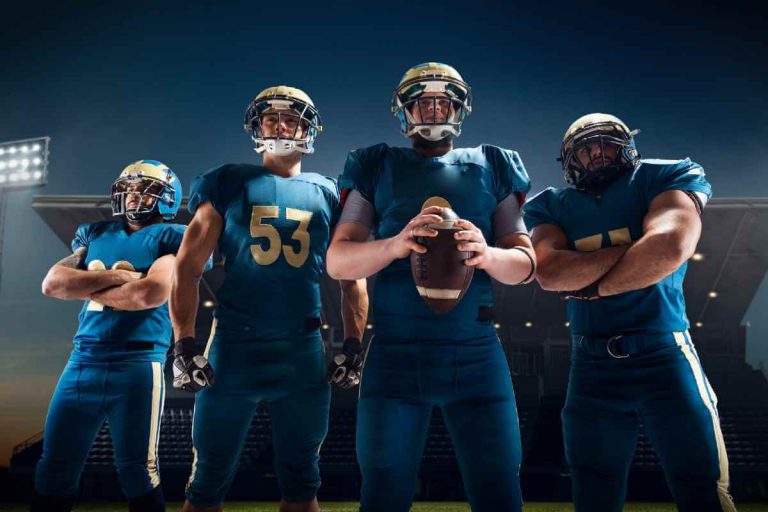 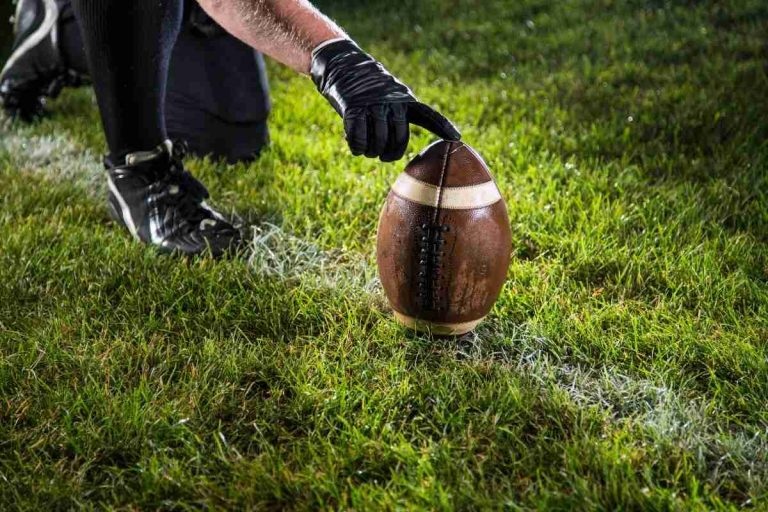