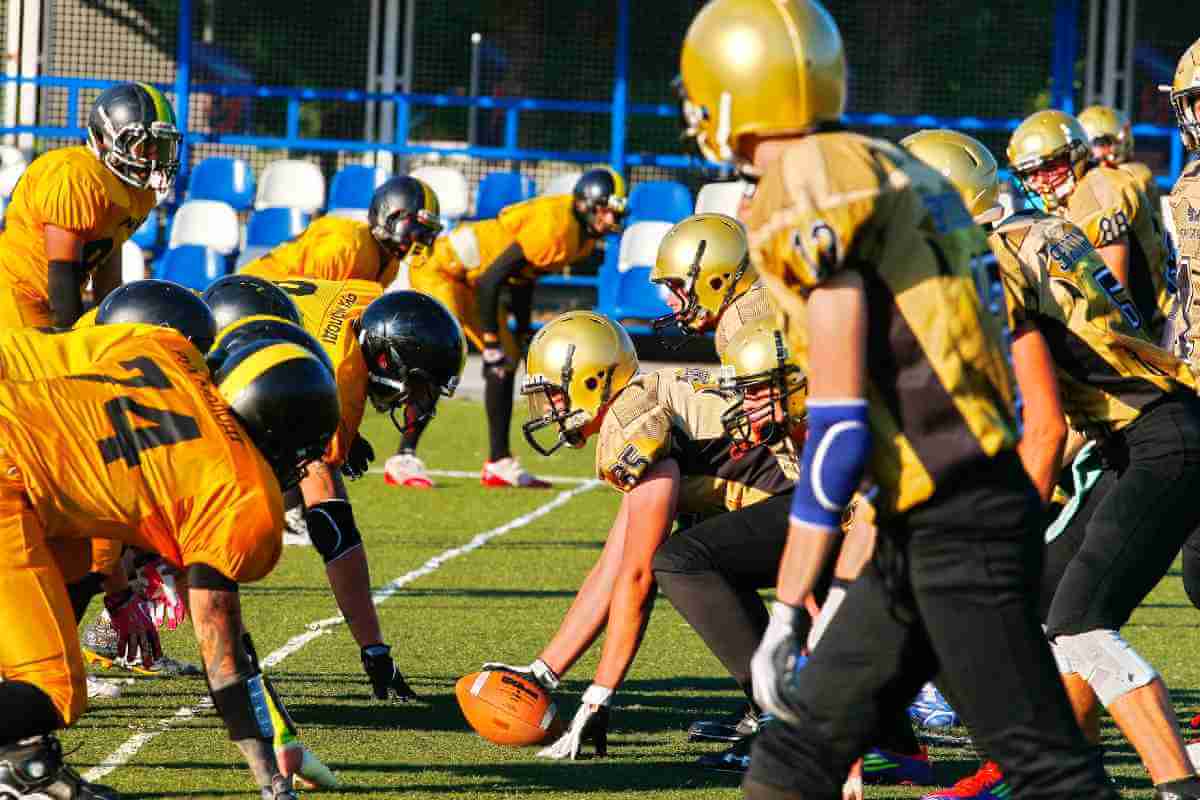 The 46 defense in football is dubbed the most famous defense alignment. One of the greatest defenses in the history of 1985 by the Chicago Bears was run on a 46 defense.

It was a dominating defense leading the Bears to a Super Bowl final where they won with a record 15-1. It, by far, remains the most dominant defense and one you probably want to understand more.

Join me as I break down the 46 defenses in football and teams that should use them. I’ll also cover its strengths, weaknesses, and how to run it.

What is 46 Defense in Football

A 46 defense in football is a famous defensive formation that puts 8 men in the box and six on the scrimmage line. The naming of the defense formation is a little different, taking a different numbering.

Unlike other defenses named depending on the number of players at each level, the 46 defense takes a different route. When the defense was invented in 1985, one of the Bears’ strong safety, Doug Plank, wore number 46.

However, when you break the 46 defense, it’s simply a 4-3 defense that is slightly altered.

The defense features 4 defensive linemen and linebackers. Additionally, there are four players in the secondary.

At the line, if scrimmage, a safety, one linebacker, and the four defensive linemen will stack and apply pressure. The 46 defense puts pressure on the offensive line right from the start.

It’s a defensive formation that’s effective against offenses with two wide receivers and two backs, which was common in the 1980s.

The positions in the 46 defense cover the defensive line, the linebackers, and the secondary. Let’s look at the positions needed.

Who Should Use The 46 Defense

The 46 defense is ideal for youth and more advanced teams to defend against run plays. Different teams that use a 4-3 defense can easily use a 46 defense.

While it’s the professional teams that made the defense famous, it can work for all levels of football.

When used as a base defense, the 46 isn’t hard to teach. This makes the defense more suited for youth football. Furthermore, responsibilities in the 46 defense are simple and easy to master.

What’s more, coaches can get innovative around the 46 defense and keep offenses at bay. Youth teams can run a 46 defense with ease but not on the same levels as the Bears did.

Strengths Of The 46 Defense

The 46 defense stacks at the scrimmage line. There are four defensive linemen at the line of scrimmage. These are joined by a linebacker and a safety.

A total of six players at the line of scrimmage block the offense and prevent them from double-teaming.

Lastly, the defense is quite versatile and can fit any situation. It’s quite effective at stopping the running plays. This is because of the many players stacked at the line of scrimmage.

However, the defense also works against the pass plays. There are up to five players that will be defending against the pass. In addition, an extra defensive lineman can drop deep and provide more coverage.

Weakness Of The 46 Defense

Even with the various strengths, the 46 defense does have some weaknesses.

The defense is also difficult to grasp. Teams can implement the defense at the base with wrinkles. However, those wrinkles are hard to implement and execute for inexperienced players.

The 46 defense can be thrown under in case of a resilient offensive that withstands the pressure. The 46 defense is designed to apply pressure on the offensive line at the line of scrimmage.

What’s more, with just three players in the secondary, it’s quite easy for the offense to pick the defense apart.

How To Run The 46 Defense

Looking to run a 46 defense for your team? You can do this through stages of defensive lines, linebackers, and the secondary.

In the 46 defense, the defensive line comprises a safety and a linebacker. Two defensive tackles, a strong safety, an end, and a nose tackle will instead line at the scrimmage line.

In the alignment, there are a total of six players with the main responsibility of attacking the line of scrimmage.

With the defensive line ready, let’s get to the linebackers.

Stage 2: Set up the linebackers

Here, the defense uses only two linebackers, Mike and Will. Sam linebacker lines at the scrimmage line.

The two linebackers were positioned 5 yards away from the line of scrimmage. They also face offensive tackles directly.

The linebackers are responsible for covering the gaps in running plays.

Stage 3: Set up the secondary

Lastly, you need to set up the secondary, which is a down man in the 46 defense.

There are only two cornerbacks and strong safety. Their responsibilities are pretty similar to what you find in most defensive alignments. They provide man-to-man coverage against the receivers.

How Do You Counter 46 Defense

The offense needs to find a sure way to counter the 46 defense. Also known as a bear defense, it can be hard to counter.

However, teams can counter a 46 defense by running the ball effectively and opening up the passing game.

Additionally, you would want to exploit the dual responsibilities of several players in the 46 defense. Make adjustments and have no double teams. The only way to counter a 46 defense is to ensure there’s no penetration.

Why is it called the 46 defense?

It’s named a 46 defense because of the Bear’s team, Doug Plank. Doug wore number 46, and the defense was named after him.

The 46 defense was invented in the 1980s by Buddy Ryan. Ryan was the defensive coordinator at the time for the Bears. He created the defense to add confusion and pressure at the scrimmage line for the offense.

Is The 46 Defense Still Used?

The 46 defense is rarely used in both college and NFL professional football. It’s a defense that was effective in the 80s against two wide receivers and two backs.

In summary, the 46 defense is one of the most famous defense formations ever. It’s a defense formation created in the 1980s by the Bears and one that led them to a historic 15-1 win in the Super Bowl Championship.

The naming of the 46 defense is slightly different and doesn’t use the levels of defense. Instead, it’s named after a safety player that wore number 46 in the Bears.

This is a wrinkle of the 4-3 defense due to the many alignments at the line of scrimmage. While the defense is easy to learn, it’s one designed for more advanced players. 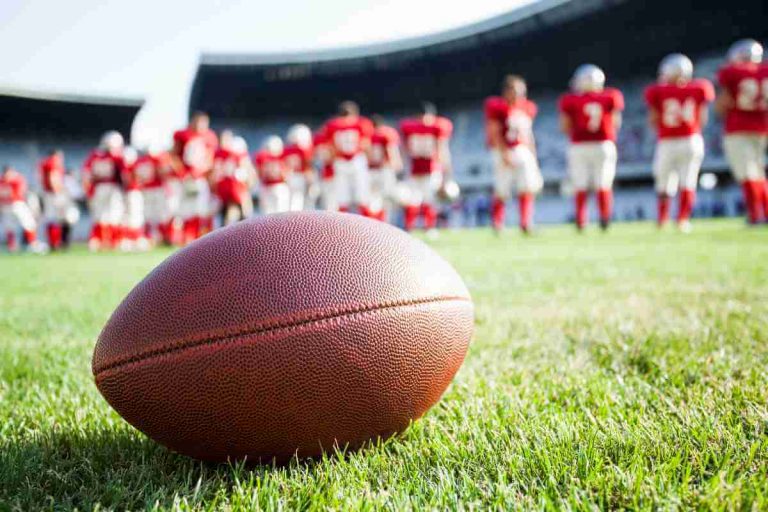 There’s nothing more American than watching football on a Sunday afternoon, and while the game is exciting to… 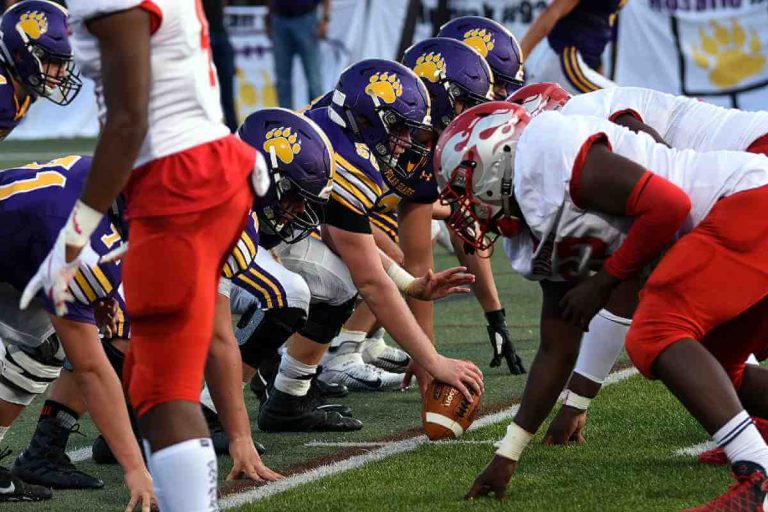 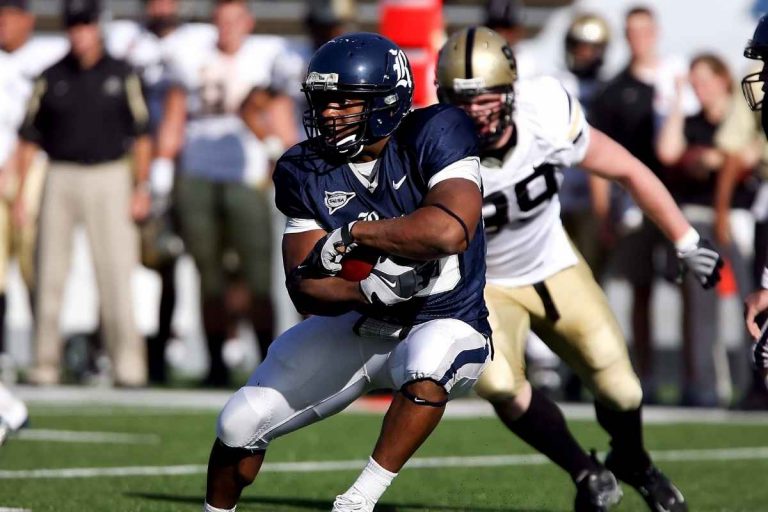 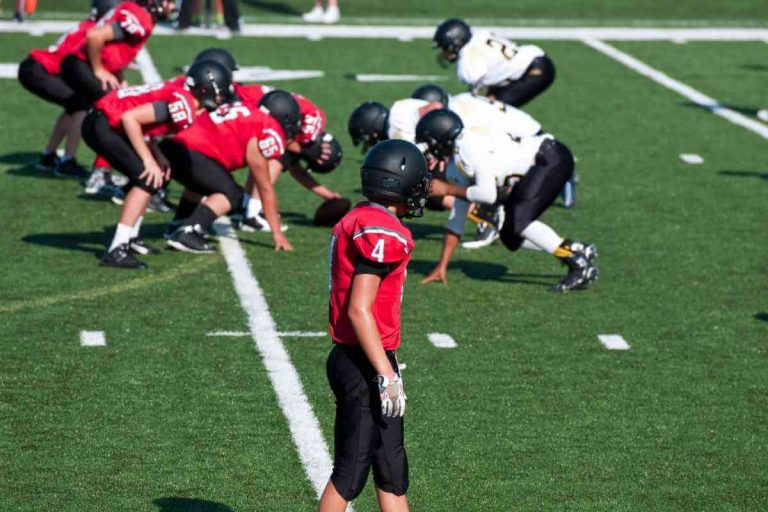